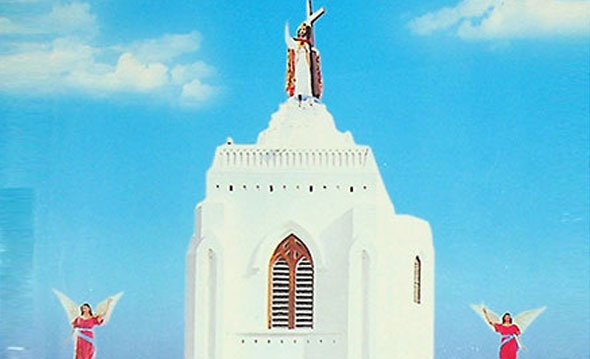 The Knanaya Community traces its origin back to a Jewish-Christian migration from Southern Mesopotamia (present Iraq) to the Malabar Coast of Cranganore (Kodungalloor, Kerala, India) in A.D. 345 under the leadership of an enterprising merchant Thomas of Kinai (Knai Thomman). The migration comprised 400 persons belonging to 72 families from seven clans. Bishop Urha Mar Yousef, four priests, and several deacons were among them as Christian missionaries.

The migrated people formed themselves as an endogamous community by keeping their tradition and culture while co-existing and supporting the St. Thomas Christians in India. The King of Kodungalloor Cheraman Perumal welcomed the newcomers and allowed them to settle down in Kodungalloor. Later, Cheraman Perumal gave them 72 royal privileges, and that was recorded on copper plates (Knai Thomman Cheppedu). According to the copper plates, the king gave these privileges to Thomas and his colleagues and all his descendants as long as the sun and moon exist. These privileges are very important since all these privileges had influenced the community’s social life and status throughout the centuries.

This migration is a turning point in the history of St. Thomas Christians in Malabar. The purpose of the migration was to revitalize the then declining Christian Church in Malabar established by St. Thomas the Apostle. King Cheraman Perumal had allowed the migrant community and their spiritual leaders to practice and preach their religion. Thus, the migration became a catalyst for the flourishing Christianity on the Malabar Coast in the fourth century. The church continued to get bishops from their original Chaldean church until the 16th century.

All Knanaites were Syrian Christians until the historic ‘Koonan Kurisu Sathyam’ of January 3, 1653 (a pledge by about 25000 Syrian Christians held on to a rope tied to a leaning cross) in protest to the Latinization attempts of the Portuguese missionaries. Some of them later accepted Jacobite faith and joined Orthodox Church of Antioch. The others remained with the Roman Catholic faith. However, both factions continued to keep their culture, traditions, and practice of endogamy through the centuries.